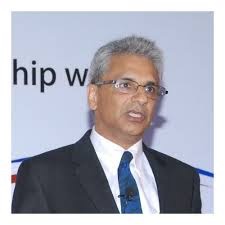 Context-Aware Computing and Memory Technologies, a Revolution in the Making

Software industry invents a significant new platform about once every decade. I will share with you the basic principles of context-aware computing, and talk about Context Engines and Context Data Handling. This will lead into a technical discussion of how information versus technology ratios need to change in order to support the next wave of technology for context analytics and context-mediated transactions. We will talk about the nature of the workloads and how memory and storage technologies need to evolve. I will present the work we at SanDisk Technology Council are doing in this area and would like to invite you to innovate with us in inventing the future.

Pankaj Mehra is Senior Fellow at SanDisk Corporation, where he chairs SanDisk Technology Council. Previously, Dr. Mehra was SVP and CTO at enterprise flash technology pioneer Fusion-io, and before that at Whodini, an e-mail analytics company he founded. Appointed a Distinguished Technologist at Hewlett-Packard in 2004, for his groundbreaking work on persistent memory, Pankaj went on to found HP Labs Russia where he was Chief Scientist until 2010, and where he incubated Taxonom.com, a cloud service for automatically creating ontologies from queries, document collections, and examples. He previously served in various research and teaching positions at IIT Delhi, UC Santa Cruz, and NASA’s Ames and IBM’s T.J. Watson Research Centers. Pankaj’s 48 filed patents, 29 papers, and 3 books cover a range of topics in scalable intelligent systems, and his engineered systems have held TPC-C and Terabyte Sort performance records, and won recognition from NASA and Sandia National Labs. Of his three books, two are on Machine Learning and co-authored with Ben Wah at University of Illinois; the third, coauthored with John Wilkes, et al., is titled Storage, Data, and Information Systems. Pankaj volunteers at MMDS Foundation as their industry liaison chair, and previously served on the editorial boards of IEEE Internet Computing and Transactions on Computers, and on numerous program committees ranging from SuperComputing to International Semantic Web Conference.